We all know that choosing the right career option is not an easy task. Who doesn’t want a successful career? A career in Administrative job? The job that not only has responsibility, presence of mind but also has significant leadership and which subsequently leads to a successful career.

Have you seen anyone working hard and failing? We all have heard our elders saying, ‘work hard now and reap for the entire life.’ Have you ever seen a person who is not making efforts and is successful?

When you are working hard and yet failing, then you should consider consulting an astrologer. Astrology is a science that can guide if you are going in the right direction or not. A career in Administrative jobs is difficult to achieve if the planets in your horoscope are not favouring you. Astrology can help you to shape your career in administrative positions.

The tenth house is of career, and the planet placed in the tenth house decides the kind of job you would have in your life.  Sun is one such planet that, if it shines, the world witnesses it likewise if Sun is placed well in the tenth house, the person will shine high in the sky in his career. As Sun signifies Authority, Leadership, anyone who witnesses Sun in his tenth house would have a career as an administrative officer or a government job.

Apart from Sun, other planets responsible for the career are moon and Saturn. If your moon and Sun are strong, the career path is going to be like icing on the cake. If Sun and Mars are strong, it is likely to benefit you in administrative jobs. The positioning of these planets in the sixth, eighth, or twelfth is not good for the person and his career. If the lord of the tenth house and ninth lord is connected, then there is a possibility the person will attain a higher position.

There are other factors as well that decide the successful career path. If your sixth (house of service) and ninth house (administration) are strong. Anyone inclined towards an Administrative career should consult an astrologer to shape his career in Administrative jobs.

Conclusion – If you are facing any kind of difficulty in your job or business then don’t hesitate to contact us.

Solve your career problems with the help of Astrological Remedies

Career is one aspect of life where everyone wants to excel in his/her life. Some people struggle a lot in building their careers. Let us take a few examples – A person who works in Read more… 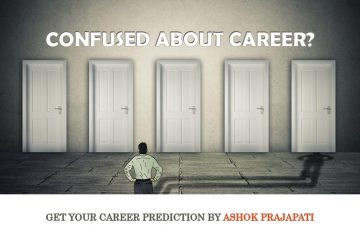 Career Prediction by Date of Birth

Before you read the entire article you can send your birth details for analysis in the form below. The life of a person begins with a career; it is a career that creates or disrupts Read more… 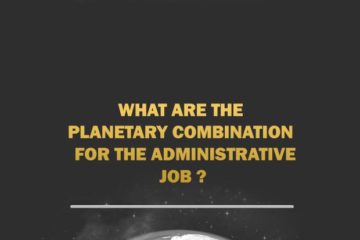 What is the planetary combination for the administrative job?