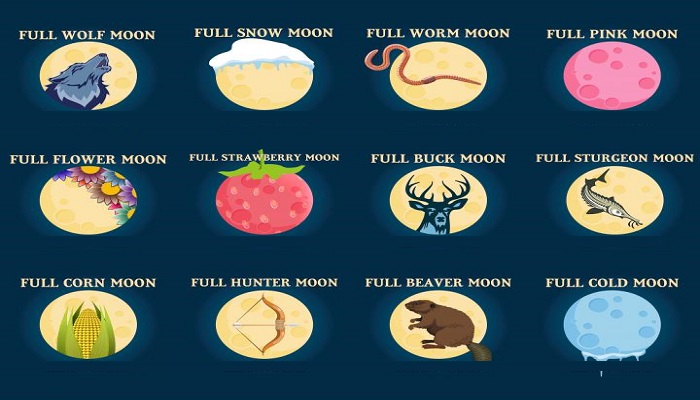 What is Full Moon Day?

It takes 28 to 29 days for the Moon to circle Earth. During this phase, at certain point of time, it is directly between the Sun and the Earth. The appearance of the Moon on that day is fully illuminated. This phenomenon is called the Full Moon day.

The Full Moon Day has great impact not just on humans, rather on animals as well. Animals like dogs and wolves start behaving oddly, while some humans suffer from problems like mental instability and sleeplessness. The impact of Full Moon on humans is not always negative, as some people feel that their moods uplifted during the Full Moon night. 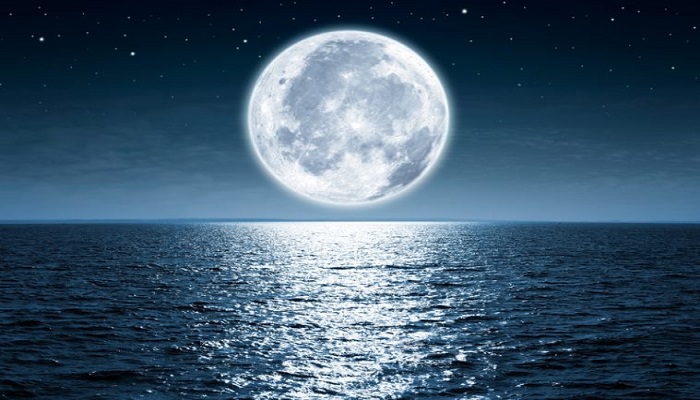 What are the Full Moon Names of different months?

Also known by the name of Hunger Moon or Cold Moon, wolfs usually howl at this time due to scarcity of food during severe winters. For humans, it symbolically means at this time, you need to access all your challenges and need to analyze how to deal with them.

The other names are Quickening Moon or the Snow Moon. Again because of excess snow, there’s scarcity of food. The name- Quickening Moon is given because of the speeding up of the winter season and its quick transition to spring. It symbolizes that humans should learn adapting to changing circumstances peacefully.

Also known by the name of the Sap Moon or Crust Moon, this is the winter’s last Full Moon. As the snow melts, it appears to be crusty. Worms during this time, start leaving their trail on the ground, while the maple trees’ sap start flowing, thereby allowing people to collect them. It symbolizes the ups and downs in life and teaches man to be flexible.

It is named after the spring flowers that resemble pink moss. Also known by the name of the Egg Moon or the Sprouting Grass Moon, the spring breeze at this time, helps in scattering the flower seeds that are fallen. This results in adding the spawning of more plants as well as flowers. It can be symbolized as fertility and how one can indulge himself in a number of reproductive activities with full responsibility. 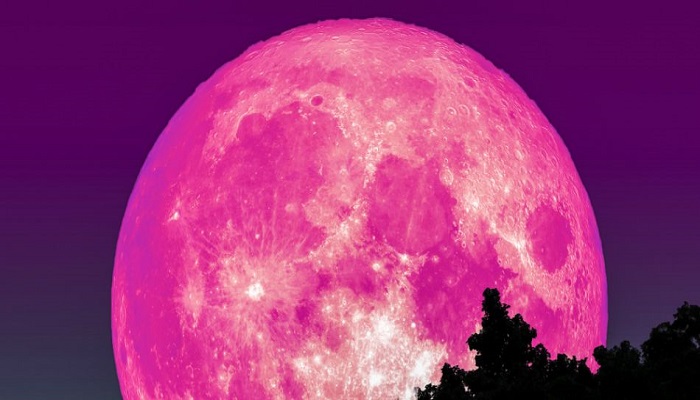 Also known by the name of the Milk Moon or the Corn Planting Moon, this Full Moon is called Flower Moon because of flowers everywhere during this season. It brings the concept of feminine nature of the divine mother Earth and is indeed a reflection of beautiful picturesque scenes with spring at its best and summer taking an entry. It gives an inspiration to appreciate beautiful nature.

There are different names for June Full Moon like Strawberry Moon, Strong Sun Moon and the Rose Moon. The name is such is derived from the short period of time for strawberries’ harvesting. For spiritual quest, this phase is considered very important.

July Full Moon is also known as the Hay Moon and the Thunder Moon. It derives its name because of the fact that during this time, the Buck Deer’s antlers stick out of their fore-heads, covered with fur. Also you can witness a good number of thunderstorms in the month of July. Other than the above 2 mentioned names, it is also called Mead Moon and the Blessing Moon. During July, you feel quite dull and low as the festive seasons seems to be very far. But still its significant from the view point that it reminds us of good time to analyze how good you are progressing.

The Red Moon and the Green Corn Moon are the two other names for August Full Moon. The North America’s tribe found that during this point of time, a large species of fish (Sturgeon) is very common during August, and the color of the Moon is reddish. The duo though seems to be disconnected from each other, still the significance lies in the fact that they remind us of the variety that is available in the nature. Also, it signifies stocking up the essentials for winter when the resources are scarce. 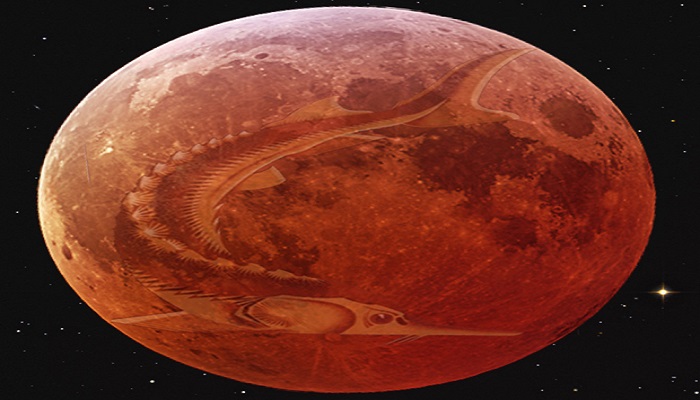 The other names are Harvest Moon and the Barley Moon. As signified by the name too, it’s considered to be the harvesting time. During this month after the autumn equinox, the Moon seems to be very bright and rises very early. This helps farmers get more visibility for harvesting their crops till late in the evening. It symbolizes the right time to get the reward of hard work done.

Other names of this Moon are the Blood Moon, Sanguine or the Dying Grass Moon and the Travel Moon. The Moon during the month of October is very bright, giving perfect opportunity to the hunters to hunt the deer and fox. This meat is also kept in storage for upcoming months. It also emphasizes on the need of storing resources for the near future.

The November Full Moon is also known by the name of the Beaver Moon, the Mourning Moon and the Full Frost Moon. During this time, hunters put beaver traps before the swamps froze, so as to get good amount of warm furs for the winter. It is signified by the Mourning Moon that we need to mourn the losses that we have suffered in the past. A very deep transitional period is also reflected by these names along with the ways by which it can be spiritually healed.

The Oak Moon and Long Night Moon are the two other names of December Full Moon. The name Long Night Moon is derived from the fact that during this time, the nights get dark, cold and long. The nights are long, days are short and it is termed as cold moon since during December month, the environment become cool. This specific duration tends to result in several beneficial events holding special importance for a person. 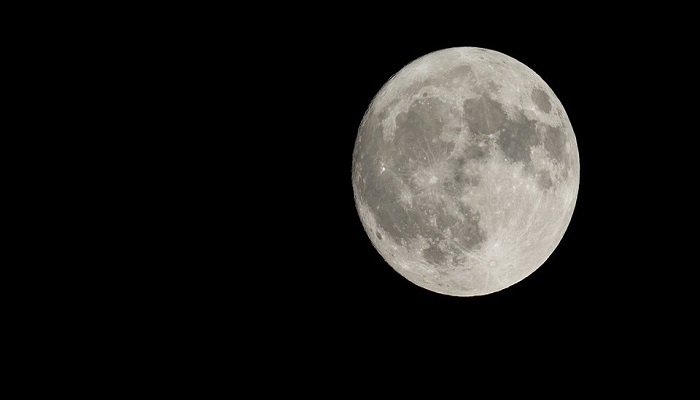 The December Full Moon is also called the Long Night Moon and the Oak Moon because this month the nights become long, dark and cold. The days are short, the nights are long, and celebrations are the order of the month, probably signifying, for many, the end of a very successful year; and for some, the end of a negative phase with the opportunity of changing that in the new year, which is just around the co 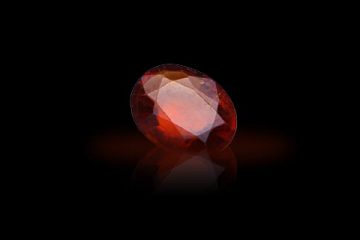 Find the right Gemstone for you according to the Vedic Astrology

In the twenty-first century, Conflicts, struggles, and stress are prevalent things. To overcome all the problems we face, we wish we could have some magical power that can help us to heal. Astrologically, we have Read more…

Love Marriage Predictions for Couples with The Same Zodiac Sign

There is a saying that “opposites attract each other” and “similar repel each other.” Does this rule apply to our love relationships also? Read through this post and understand how much is true by taking Read more… 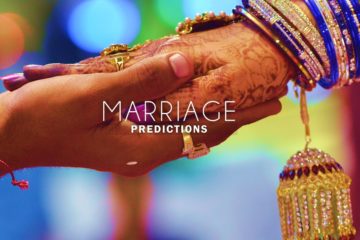 Saturn Transit 2020 In today’s world, most of the youngsters think the following- When will I get married? Will it be a love marriage or arranged? Will my married life be successful? We can get Read more…