3 Phase of Saturn in Sade Sati 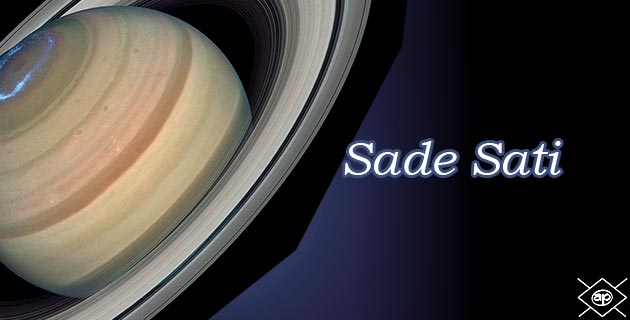 This is about Sade Sati the 3 phase of Saturn transit. Currently Scorpio, Sagittarius & Capricorn are under Sade Sati of Saturn.

What did you feel during the seven & half years of Saturn?

If we leave Neptune, Pluto, Uranus, then Saturn is the only planet that stays for a long time in one zodiac sign. The horoscope consists of twelve places, also called the “Twelve House”, the planets move in these houses in the same way as needle moves in the clock. When Saturn comes in the twelfth house of the horoscope then it is the beginning of the Sade Sati. After two & half years Saturn enters in the first house of the horoscope and remain there for another two & half years and from the first house it enters into the second house and stays there for two after half years. The total duration of Saturn in these houses is called seven & half years of Saturn or Sade Sati. When Saturn passes through these houses then it affects the life of a person for seven & years.

When Saturn enters into the twelfth house of your horoscope, the first phase of Sadhesaati starts and the period is two and a half years. During this time, responsibilities arise suddenly because the twelfth place is considered as the place of expenditure. This house shows how much you spend and where you spend it. Saturn is a big planet that stays in a zodiac sign for a long period. If a planet stays for a long period in the twelfth house then it means that your expenses will continue for a long time. The situation worsens when the means of income on one side are limited; on the other hand there is no limit to the expenditure. That is why this first step of Saturn in people’s life matters.

Second phase of the Sadhesaati

The second phase of Saturn starts when Saturn enters into the first house from the twelfth house of the horoscope. This first house in the horoscope is representative of your body, represents your mind and tells about your mental balance, your abilities, your activity your nature. Your appearance, color, movement good bad habits are known from this place. When Saturn resides here, the whole two and a half years, Saturn affects all the above. Apart from this, one important point is that Saturn put its aspect on the third, seventh and eighth house from its place. By possessing the first house Saturn cast its third aspect on the third house. During this phase of Sade Sati, you came to know the reality about your friends and also how friendly they are to you. In these two and a half years, you know very well all the facts about your friends, relatives and if they are good for you or bad.

As Saturn cast its seventh aspect on the seventh house so you get full chance to check your life partner, in-laws and your business partner.

When Saturn enters into the second house of your horoscope, the third phase of the Sade Sati begins. The second house of your horoscope is linked to your family, your financial status, profit-loss, and your voice. When there is trouble, hardship on the family, it comes from all four sides. This is realized during this period. Your savings are calculated in this phase if you have earned through good means, deeds, honestly then you get rewarded. If you have earned money in the wrong way, then all your savings will be spent like the flowing of water during this phase. The time of sadness in the family comes in this period when the whole family gathers and ty of the family are increasing.

Get Astrology Solutions Here Will I ever get a job? Will I have a happy married life? Can I lose my business due to weak finances? – There are several moments in our life when we Read more…